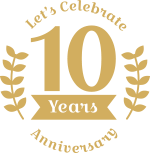 Waterpolo Quebec was impressed by the personalized approach and the quality of the training staff. We are grateful to staff of the camp for a wonderful experience.

I would highly recommend Malta and the Risso Waterpolo Camp as a high quality training place to go.

This is by far the best holiday experience my son has ever had in his life. The coaching was like he had never experienced before.

Marco Risso is not only one of the most respected coaches currently active on the Italian waterpolo scene but also a coaches; coach, being a lecturer at the famed Italian Federation waterpolo academy.

Throughout his playing career he showed great interest in the coaching side of the game and in fact started coaching junior sides in his last five years as a player, starting out at S.C. Quinto, where he won his first junior’s league title in his first year in 2001.

For the past 20 years Marco has coached various Serie A1 and A2 sides regularly exceeding the expectations of his clubs’ management, fans and waterpolo journalists.

In Italy he has coached Chiavari Nuoto, with whom he won promotion into Serie A1, RN Bogliasco, RN Florentia and RN Sori, with whom he won the Comen Cup in 2008, Torino 81, Lavagna and is currently head coach at President Bologna. His teams have regularly reached the playoffs, competing against teams with much greater resources.

As a coach at juniors’ level, Marco has won various honours in Italy, amongst others winning the Juniors Championship 3 years in a row with RN Bogliasco. Even when he was in charge of the seniors’ teams at the various clubs he has coached, Marco has taken a keen interest in youth development, often also taking on the role of coach in a particular age group. He has been instrumental in teaching many young Italian players the basics of waterpolo and giving them an opportunity to play at the highest level in one of the world’s top leagues.

Marco is known in waterpolo circles for his excellent communication skills, his enthusiasm for the game, his keen interest in youth development and is one of those coaches who make waterpolo the fun and exciting game that it is.